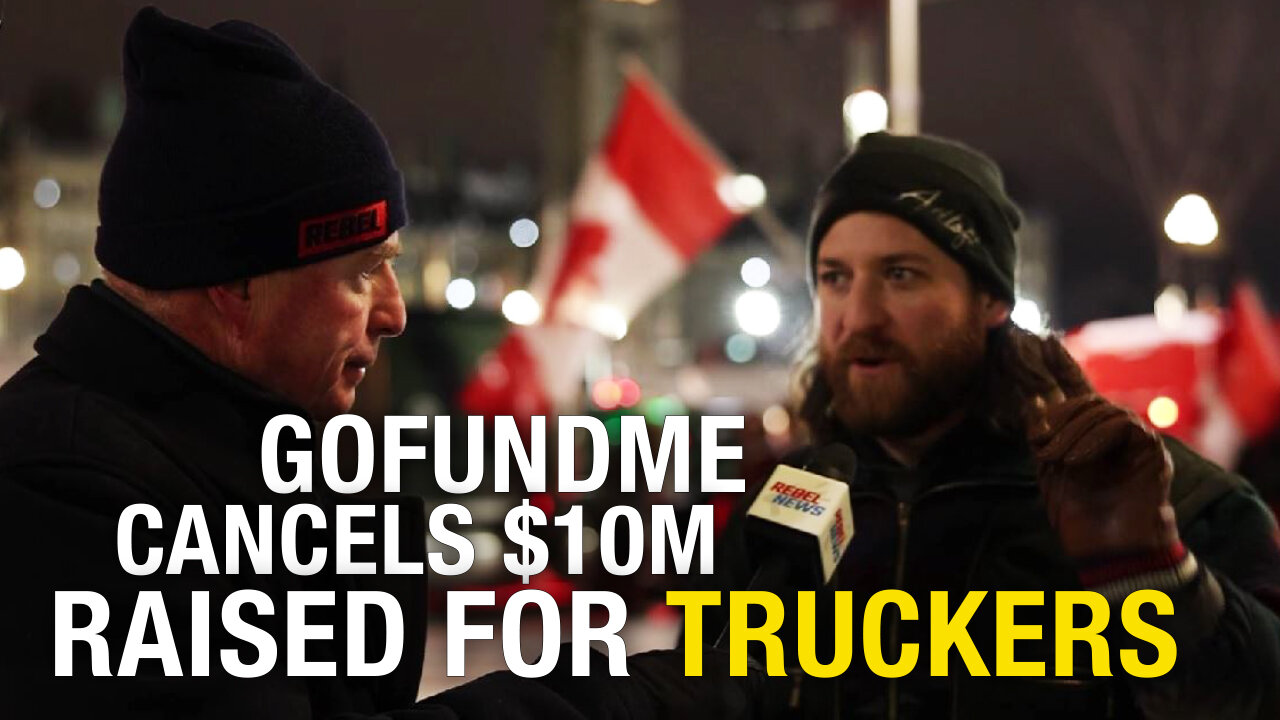 Indeed, the unthinkable has happened: GoFundMe stated that it will NOT fork over the more than $10 million that was raised for the Freedom Convoy.

Apparently, GoFundMe deems this peaceful protest in Ottawa to be an odious “occupation” as opposed to a demonstration; supposedly those patriots on Parliament Hill who are standing up for rights and freedoms being increasingly eradicated are in reality a bunch of hateful, racist thugs promoting violence and vandalism. Says who? Says Prime Minister Trudeau and the mainstream media, that’s who. So it must be true.

And get this: in a staggering display of chutzpa, initially, GoFundMe had said if donors don’t make requests for refunds by Feb. 19, then GoFundMe will keep the cash for itself and then donate the money to a charity of its liking! They have since changed their position and have now authorized automatic refunds rather than holding back funds for another organization. Such as... oh, Black Lives Matter, perhaps? Jolly good.

It’s nothing short of egregious that a fundraising conduit such as GoFundMe is increasingly morphing into a cancel culture corporation employing bait-and-switch tactics.

And with GoFundMe withholding money that was supposed to go to the truckers to pay their expenses, this makes for yet another good reason why people have assembled on Parliament Hill in the first place: they are not only sick and tired of getting screwed over by the government, but they are livid that certain corporations are also giving them the shaft.

You can't trust the mainstream media anymore.. trust Rebel News to get it right when they won't even talk to the people making the news!

As always, share this out to everyone!  Spread the REAL news!

REBEL NEWS is on:

1984 Illustrated & Annotated Edition A Dystopian Novel: The Best Classic Books Of All Time
View on Amazon
(48)
Flat Earth Map - Gleason's New Standard Map Of The World - Large 24´´X36´´ Canvas Print Scroll Poster with Teak Wood Frame Ready to Hang
CDN$ 36.49
View on Amazon
(6)
If TRUTH and FREEDOM means something to YOU.. SHARE THIS!