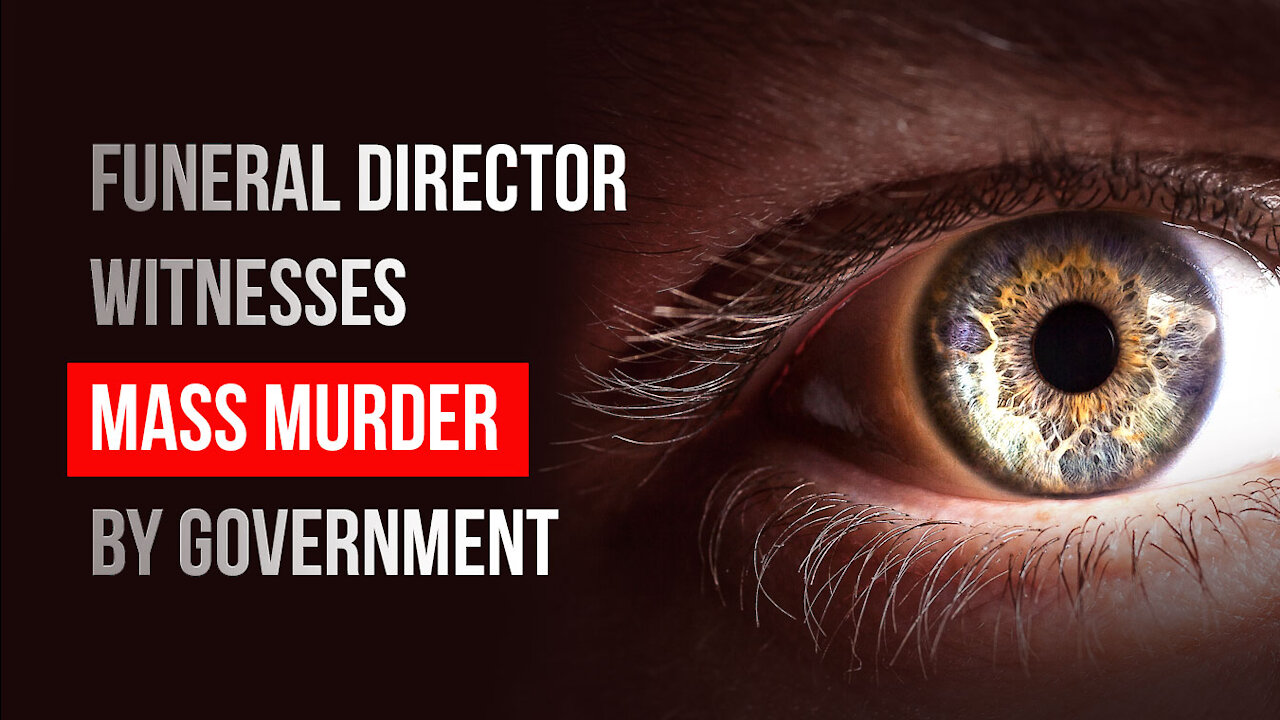 The funeral director John O’Looney is a direct eye witness to the murder of thousands of innocent people in care homes, by the British government, who were then all labeled covid deaths. This marked the start of the pandemic in the U.K.

Then a government official came to this undertaker instructing him to label every death as covid. A man who was run over, a cancer death, a heart attack, everyone had to be labeled covid deaths.

John O’Looney is a respected funeral director, who was asked by the BBC to help them create hysteria at the beginning of the pandemic. John didn’t understand yet what was ging on, and played along. He had to put a PPE suit on and had to answer the questions form the BBC exactly how they had told him.

Later he began noticing one thing after the other that didn’t make sense. Worst of all, he saw how thousands of elderly were put in care homes by the government, where they received lethal doses of Midazolam, which killed them. These deaths were then used to tell the United Kingdom there was a deadly pandemic.

But John and the 45 other funeral directors he was in touch with, knew there were no excess deaths. Only the relabeling of all natural deaths as covid.

Once the vaccinations began, the funeral directors nationwide did see an explosion of deaths. That were pandemic numbers, but it are all vaccine deaths. Many of the were labeled covid deaths by the government.

John O’Looney decided to speak out about what he is witnessing, to warn humanity. He knows he is risking his life, and considers his days numbered.

John adds that he is seeing how huge detention camps, alongside cremation centers are being built in the UK and worldwide. He warns that the unvaccinated will be round up at some point, put in these camps and then murdered. The excuse will be that there was a covid outbreak and they all died of covid. Then they will be dispatched to the cremation centers that are attached to the camps.

The urgent call John is letting out to the world, is:

‘When will you wake up? We need to stand up now, take action now, all of us. In a year’s time it will be too late!’

Watch this extremely important testimony of this brave whistleblower who knows he is risking his life for speaking the truth.

Don’t let this pass you by. This testimony is one of the most important and powerful videos there are, to wake up our communities. Send it to your local authorities, law enforcement, school teachers, nurses, etc.

Watch now and download it, so you can upload it anywhere you want!

What Really Makes You Ill?: Why Everything You Thought You Knew About Disease Is Wrong
CDN$ 44.34
View on Amazon
(1105)