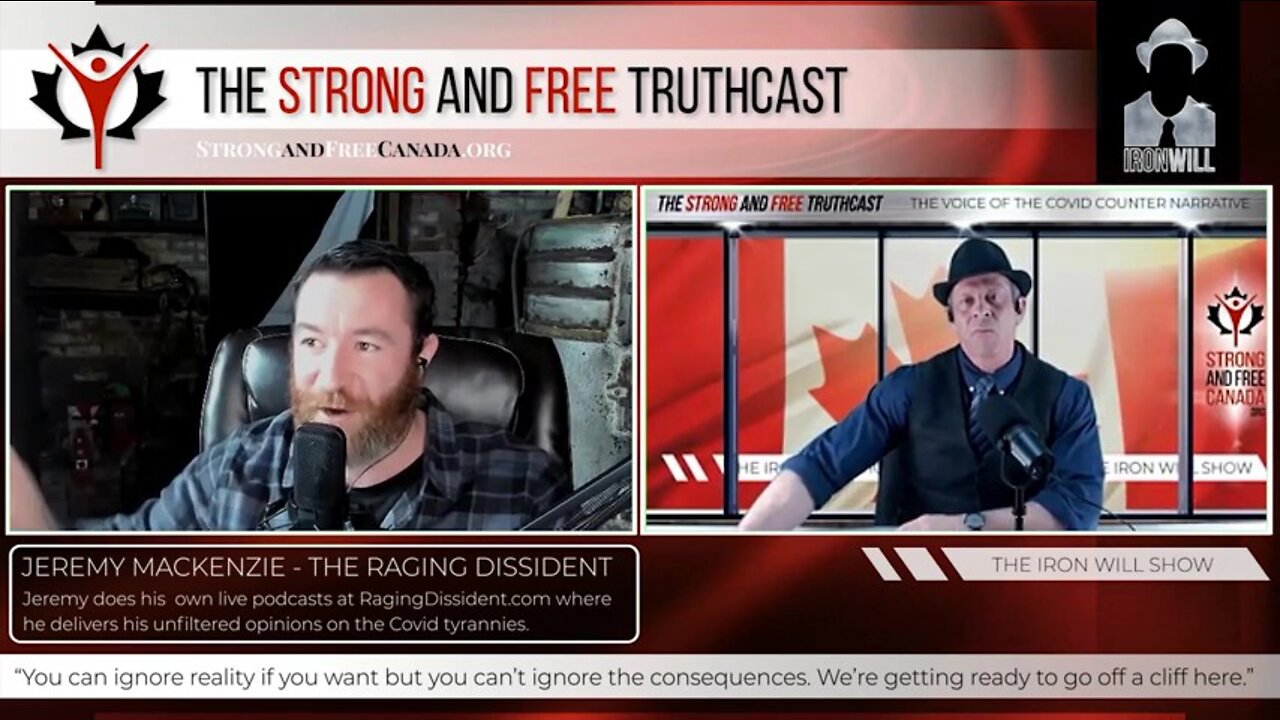 Jeremy MacKenzie is host of the podcast ‘Raging Dissident’, online at ragingdissident.com. Jeremy served in the Canadian Forces in Afghanistan and has a unique perspective on Canada’s current crisis of consciousness. Jeremy realized over a decade ago the opportunity to use his voice to speak out. Listen to this frank and open discussion about what is diabolically wrong with where this country is headed.
On Canada’s direction if people don’t stand up…

We’ve completely detached from reality now. There’s a large segment of the population that’s living in a fantasy-constructed world. I say that you can ignore reality if you want, but you can’t ignore the consequences. We’re getting ready to go off a cliff here.

On the signs marked as both right and left…

A lot of people wanted to vote conservative because they were saying, “We gotta get the libs out.” You’re robbing Peter to pay Paul. This isn’t fixing the problem. You’re just going to install one fake government with another one. It’s not going to make any difference. People that are voting conservative now or think they are, they’re just liberals that don’t like Justin Trudeau, they don’t even know that they’re liberals. That’s why they voted for the conservatives, not because they believe in conservative policies or ideas. They look at the platform and don’t even know what it is. It’s the same as the liberal platform.

That stigma of having someone point at you and say, you are bad, you’re out, get out. That is for some reason, a very powerful fear. It’s the number one human fear I think, is being ostracized and exiled. Courage is what’s required to just say, no, this is what’s really going on. This is the truth. I don’t care if it hurts your feelings. You can’t just hide from this.

On why we need to speak up…

Without fear, there is no courage. People don’t want to do things because they’re afraid, well everybody’s afraid. I am not sitting pretty on this. I don’t feel good about this at all. And I know I have a target on my back and I don’t like it. Like you said, there’s not many of us and nobody else is coming. We’re it. So, it’s our responsibility. Are you willing to just sit there and let this happen?

What Really Makes You Ill?: Why Everything You Thought You Knew About Disease Is Wrong
CDN$ 44.34
View on Amazon
(1105)